For the second day, we decided to attend the technological sessions. Partly out of curiosity, partly because of the previous day and, especially for me, partly because of the first keynote of the day – Being more agile without doing Agile by Dawn Haynes. To sum it up – it is not very easy to fully implement Agile within some companies (especially the big ones), but we have to exploit the method and use it to our best needs, tailored for our particular environment. After such a great presentation, I chose the Technology session omitting the Agile Testing one. 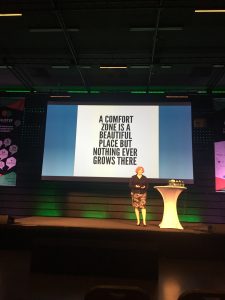 And it was not a mistake. First of the trio – Penetration testing of automotive devices by Ákos Csilling left me very concerned about the overall security of todays’ devices, as more and more of them are connecting to the internet. Hungarian attempt to enter the space hall of fame by sending a small vehicle to the Moon is quite an interesting subject even without connection to software testing. However, both presenters (Balazs Supola and Lénárd Nagy) were eager to describe the test approach to such a dangerous venue. To conclude the block, another interesting subject was introduced – Test automation in the field of the smart television industry. Personally, I vote the session to be the best of the whole conference.

The next session we attended was “Delivery.” A bundle focused on DevOps software development method. I would consider Baris Sarialioglu’s Mobile Test Automation is not! Rocket Science presentation to be the best of the three. Despite the fact that it was not really about test automation. Nevertheless, very helpful in pointing out the usually omitted aspects and approaches to mobile testing.

The conclusion of Lloyd Roden’s mini keynote was quite simple: Future tester should focus on testing and finding defects rather than on creating detailed test plans, test cases, and attending unnecessary meetings. Regrettably, we had to leave the conference during the last keynote speech to catch the train home. 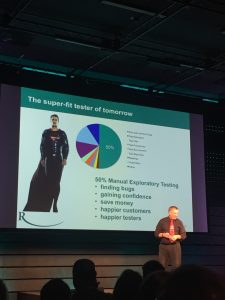 What to say to conclude such a spectacular event? IT industry strides forward with huge steps (according to researches number of lines of code grows approximately 20% per year, meaning they double every 42 months) and testing should follow the pace. Security and test automation are the trends of today and tomorrow. DevOps is the new Agile. Future tester uses his destructive mind to explore the code rather than follows step-by-step test scenarios.

I am very glad for the opportunity to be a part of Hustef and I would recommend the conference to any software tester. Moreover, I would definitely recommend the conference to all other IT professions from software developers to project managers. It may help them to understand the tester’s point of view, to communicate, and cooperate better. Because no matter the profession we have, our goal is the same – working software. 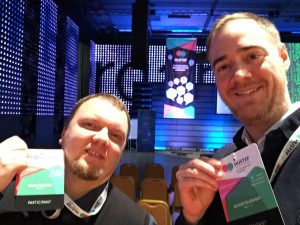 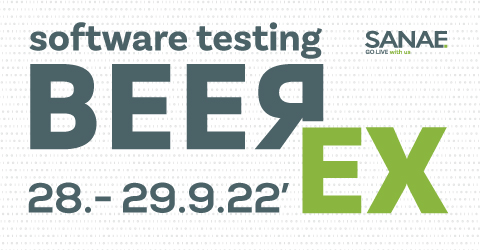